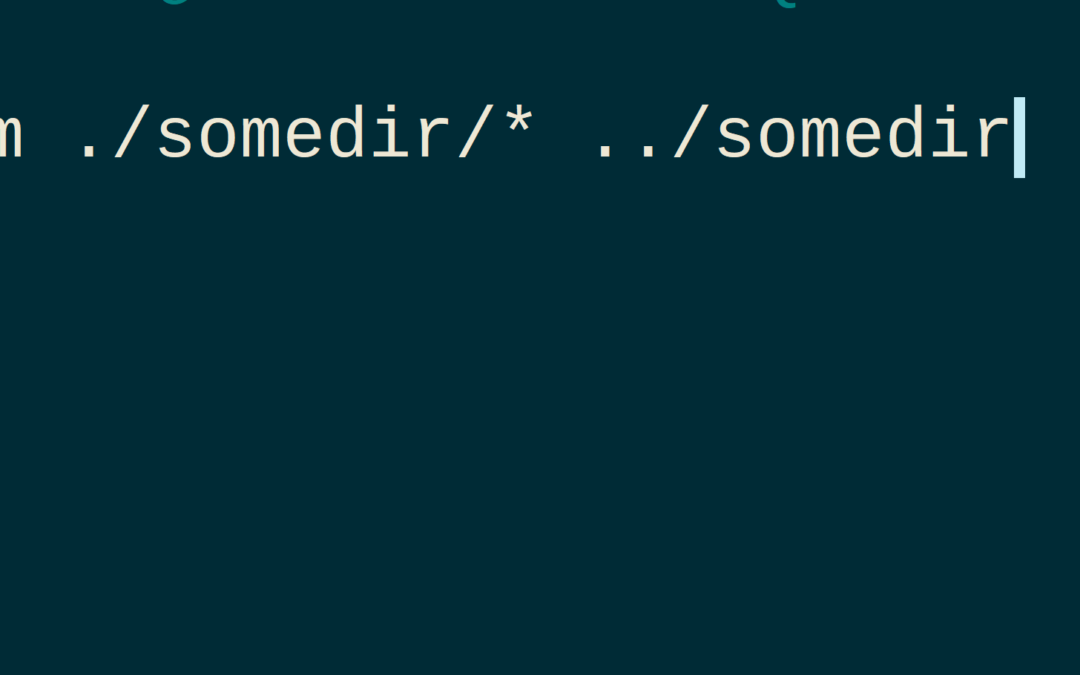 “Glob” is the common name for a set of Bash features that match or expand specific types of patterns. Some synonyms for globbing (depending on the context in which it appears) are pattern matching, pattern expansion, filename expansion, and so on. A glob may look like *.txt and, when used to match filenames, is sometimes called a “wildcard”.

Traditional shell globs use a very simple syntax, which is less expressive than a RegularExpression. Most characters in a glob are treated literally, but a * matches 0 or more characters, a ? matches precisely one character, and […] matches any single character in a specified set (see Ranges below). All globs are implicitly anchored at both start and end.

By default mv cmd will not move hidden files (starting with dot “.”). If you want to bypass this behaviour you have two options.
Change default behavior of mv command or use the fallowing command:

The secound methd is to change behaviour with dotglob – change how the dot is interpreted during this sesssion:

If you want to make it a default behaviour you can vim ~/.bashrc file adding this line: